The Safest Deregulated Cities in Texas 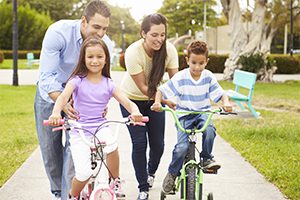 Given its status as one of the country’s select number of deregulated electricity states, Texas has a number of cities where residents and businesses alike have the power to choose the provider from which their electricity comes. These cities have a number of unique attributes that may cause individuals to consider relocation to them. When choosing a place to live, safety and cost of living are two of the biggest factors to consider. Additionally, quality of school systems, proximity to major cities, and even nearby amenities may also play a role depending on individual needs. For cities that strike a balance between energy choice, safety, schooling, and other important details, check out the list below for ten of the best deregulated cities in Texas.

Here are 10 of the best deregulated cities in Texas:

With a population of less than 7,000, Kermit, Texas was named after Kermit Roosevelt, the father of former president Theodore Roosevelt. Located in western Texas within Winkler county and just along the New Mexico border, the city grew rapidly after the discovery of oil in the early 1900s. Given its population, Kermit understandably has only three schools, but its location grants residents easy access to exciting outdoor destinations like Monahans Sandhills State Park or tap into the city’s nightlife at Spanky’s or Texas Moon Bar. Today Kermit boasts one of the lowest crime rates in Texas and has an average of 2 violent and 18 property crimes per year according to the National Council for Home Safety and Security, making it one of the safest cities in Texas.

The city of Keller was founded in the mid-1800s on the heels of the Texas Pacific Railroad’s expansion north. Located in the Dallas/Fort Worth Metroplex, Keller has 29 schools with 4 major high schools that have an average rank of 331 among the states 1,797 high schools. In regards to safety, Keller has been named the 34th safest city in the United States by Neighborhood Scout. It was also ranked the 8th safest city in Texas by SafeWise and the 14th safest Texas town by the National Council for Home Safety. The Tarrant County town has only .51 violent crimes and 7.31 property crimes per 1,000 citizens. At roughly 45,000 residents, that adds up to 23 violent crimes and 328 property crimes yearly. The city is in close proximity to both Dallas and Fort Worth, making it an easy place to commute from.

The humble city of Alpine, Texas also scores high on the safest unregulated cities list. Known as the heart of Big Bend and possessing a total population of 5,988, Alpine is ranked as the 15th safest Texas city according to The National Council for Home Safety and Security. As a territory located just along the southwestern edge of the state and bordering New Mexico, the city of Alpine grew as Big Bend National Park was established and scores a 90 on City-Data’s Crime Index, versus typical U.S. cities, which average a score of 236. Given its smaller size, there are only about five schools within Alpine and the city’s high school ranks 344th out of the 1,797 high schools in the state. Something to note is that Alpine is located in western Texas and away from most of the major cities in the state.

Within Allen, Texas are 24 public schools and 7 private ones. The city has one public high school, Allen High School, which ranks 86th out of the state’s 1,797. Allen also comes in at 16th on SafeWise’s safe cities list, which brings it up eight spots since last year. Originally home to the Comanche and Caddo tribes, this northern Dallas suburb in Collin County was later settled upon in the mid-1800s. Named for one of the promoters of the railroad that the Allen township was initially located along, today the city has a population of over 100,000 and averages .83 violent crimes per 1,000 citizens, and 9.77 property crimes per 1,000 citizens. Allen is just north of Plano and Dallas, making it particularly commutable. It is also home to premium outlets, family-friendly parks, and nearby is the Dr. Pepper Ballpark, which hosts the Frisco RoughRiders Minor League Baseball club.

Spanning across Rockwall, Collin and Hunt counties, Royse City has a population of just over 13,000, which has grown exponentially over the past 15 years. Even still, there are eight schools within it and one high school which is ranked 633rd out of the 1,797 within the state.  The city’s name comes from G. B. Royse, the earliest seller of Royse City lots. Royse City maintained its small-town status until the early 2000s where it experienced rapid growth due in large part to the growth of the Dallas-Fort Worth metroplex. Royse City comes in at the 17th safest city on SafeWise’s 2017 list, down from #9 in 2016, with a count of roughly 21 violent crimes and 119 property crimes in the past year. And with just 30 miles between Royse City  and Dallas, driving into the large city for work or to explore is easy.

As a city located on the southern tip of Texas, Roma has a population of over 11,000 residents. This leaves the city a fair distance from other more densely populated ones like Corpus Christi and Laredo. It has its own points of interest to offer consumers however, as roaming the city’s Historic District can make for a fun daytime excursion. Its position also makes it a popular center for birdwatching.  Control over the territory went from Spain, to Mexico, to the United States in early American history, as the city is well situated for accessing and crossing the Rio Grande. As a city, Roma is ranked as the 24th safest in Texas by Safewise, a major jump as it was not even noted in the previous listing. The city is cited as having 1.97 violent crimes per 1,000 residents and 10.23 property crimes per 1000. On Alarms.com Roma holds the title of 41st safest Texas city with 19 violent crimes and 144 property crimes in the past year.

Deeply rooted in the state’s history, the city of Coppell began as a farming community. Reported as the place where the treaty between Sam Houston and the Native Americans of the area signed their treaty, Coppell is located within the eastern portion of Texas as a subsect of the Dallas-Fort Worth metroplex and has a population totaling to roughly 42,000 residents. There are eighteen schools within the city, with two high schools that are both within the top eleven percent of those within the state. Coppell also includes nearby points of interest like the Sandy Lake Amusement Park, the Grapevine Mills shopping mall, and the Great Wolf Lodge Water Park. Since its last Safewise safety ranking, Coppell has fallen five position from number 23 to position number 28. It has the same rank on Alarms.org where the city has been cited as having experienced 27 violent crimes and 516 property crimes.

Holding a relatively central position within the state of Texas, Gatesville is located within Coryell County. Receiving its name from a nearby army fort, Gatesville today has a population of over 12,000 and has grown into a diverse city. In terms of its overall safety, Gatesville is cited as the 26th safest Texas city according to Alarm.org and the 30th according to Safewise. Overall in the most recent statistical year, Gatesville had 25 violent crimes and 169 property crimes. As a whole, violent crimes per 1,000 for the city are held at 1.51 while property crimes per 1,000 is roughly 11.32. The city of Gatesville has six schools within it, two of which are high schools. Offered within the city is the Coryell Museum & Historical Center, a hub for materials meant to exhibit the history of Coryell County. Gatesville also has the Last Drive-In Picture Show, a perfect destination for families and movie lovers in the warmer months.

Though The Colony, Texas grew out of what was known as Peter’s Colony, today it is a community just north of Dallas in Denton county. With nearly 44,000 residents, it has grown into a bustling center for athletics and business. Among other things, The Colony is home to a TopGolf facility, Hawaiian Falls Waterpark, and a Studio Movie Grill. Ranked 30th and 32nd safest Texas City by Alarms.org and Safewise respectively, The Colony is subject to 1.66 violent crimes per 1,000 and 11.93 property crimes. In the most recent statistical year The Colony experienced 64 violent crimes and 482 property crimes. There are eleven schools within the area with just one high school that ranks 644th out of 1,797.

Like so many other Texas cities, Midlothian grew out of an early settlement and expanded rapidly with the expansion of railroads to the area. This city maintains a population of 26,000 and is located within northern Texas, as one of the cities that makes up Ellis County. Midlothian has been progressively working its way up the state’s safest cities list jumping from Safewise’s number 44 position to 34. On Alarms.org it is ranked as the number 33 safest Texas city. There were 32 violent crimes and 287 property crimes in the past statistical year, bringing the crimes per 1000 to 1.39 and property crimes to 12.43. The city has 10 schools with two high schools, Midlothian High School and Midlothian Heritage High School. Out of the state’s 1,797 high schools, they rank 627th and 403rd. The city is also home to a number of walking trails, a butterfly garden, the Downtown Farmer’s Market, and a number of parks perfect for warm afternoons.

With energy deregulation for Texans, the price of electric service is much more affordable.

For more information on deregulated electricity across cities and states or to find a provider that offers energy at low rates, visit paylesspower.com. Offering cheap energy plans to suit both personal and business needs, Payless Power is a company committed to providing people not only with some of the best cheap electricity rates in Texas, but also with helpful customer service. Visit the website to learn more about how to save electricity at home, or connect with the online community on Facebook, Twitter, and Instagram.