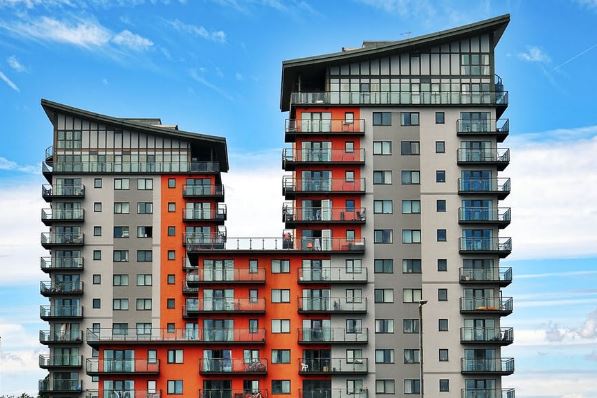 For those looking for a place of their own at a price they can afford, apartments provide a means of living comfortably on a budget. Often the actual expenses are broken down into different ways as some lease agreements include the cost of utilities while others do not. With expenses varying, the price of apartments can differ as one of the most significant stems from the amount of electricity required to power the homes.

For apartment seekers, tight budgets are frequently the thing that most heavily influences the place people decide to make their homes. With their finances likely taking a set amount of  electricity usage into account, it may become necessary to manage that cost in order to keep apartments affordable. The degree to which this is done will vary from a one-bedroom to two-bedroom apartment, but getting a grip on this will help to drive down the average monthly electric bill

Utilities are services received each month that carry an expense that is subject to variability based on usage. In apartments, utilities fuel homes through oil, natural gas, and electricity. Though the average electric bills for apartments of each is able to increase and decrease, frequently the most expensive average utility cost comes from the price of electric. As the fuel source for so many of our devices as well as everyday processes like heating and cooling, electricity is used for almost all that is done within homes. Because of this, the cost of electric usually experiences the greatest shifts each month.

What is the average electric bill for 1 bedroom apartment? This cost can vary however, as the number of occupants in an apartment, along with the Texas city that you settle in and time of year can act as a better indicator for your electricity cost. For individuals cohabitating in a one-bedroom apartment, costs may be higher than average as they reflect the consumption of multiple individuals. Some apartments also enable bundling of utility services which can help to drive down the overall costs of electricity per household. And as is the case for most apartment utility costs nationwide, as the temperature begins to drop, many of the devices that use electricity to combat the heat will not be in use, a fact that should be seen in the monthly bill.

One useful thing to remember is that typically the bigger the apartment, the greater the cost of electricity. With more space to heat and cool, on top of an increased ability to install light fixtures and other appliances, the average electric bill for a two-bedroom apartment is subject to change. In the hopes of driving down this cost, apartment owners can begin taking proactive steps to reduce their monthly costs by turning off lights, relying less on the air conditioning, and using energy-efficient bulbs. Just as with smaller apartments, the monthly electricity expense is subject to change based on time of year and number of residents.

When it comes to the actual cost of electricity and other utilities as well, several features of the apartment will play a role. Among the most weighty are the size of the apartment, the area in which it is located, and even the weather. For a one-bedroom apartment, the cost per month will likely be around $60, while a two-bedroom can be almost $20 more each month. This could fluctuate based on the number of individuals living in the apartment as well as by the amount of time spent in the home. Often during seasons of extreme temperatures like summer and winter, electricity bills tend to increase, especially for those who remain home often.

Another factor that contributes to the cost of utilities is the number of devices that are plugged in at a given time. This includes those periods in which devices are powered down as something known as vampire energy actually causes electronics that have been turned off but remain plugged in to use energy. Especially in bigger spaces, for example, apartments with a greater number of rooms, the monthly electricity cost will be larger than it would be for a space with fewer spaces

Based on location, there are other contributors to higher average utility costs and ultimately a greater electric bill. Certain areas just have higher rates than others, which will naturally cause more to be spent each month. In another case, the natural climate of an area or the weather that is known to affect it can cause temperature fluctuations that will force individuals to make adjustments within their homes. This can be seen in the likes of Texas or Arizona where the perennial heat would cause a greater amount of energy to be used on air conditioning each year than would be required of a place like Minnesota. For those who are able to go for months without the use of air conditioning, electricity bills on average total to around $50 at the most.

How to reduce the average electricity cost in your apartment 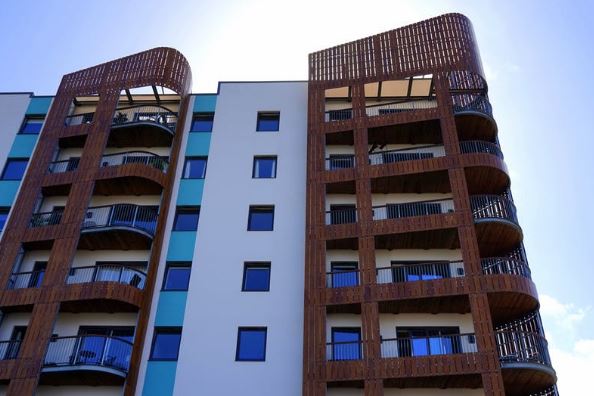 Every year vampire energy costs Americans roughly $19 billion and for individual households, that amount can total to several hundred dollars. To keep vampire energy from costing you, there are several changes you can begin making. The easiest is to unplug your devices once you have finished using them but that may be easier said than done. Another means for stopping vampire energy involves utilizing power strips where a number of electronics can be plugged in. Using the strip, the amount of energy sucked while devices are powered down can be minimized and all devices can be powered down easily by merely unplugging the strip.

Instead of relying on the air conditioner to manage the temperature within your apartment, consider instead using a window covering. Whether blinds or a curtain, these dressings will help to keep heat from entering your home by blocking out the sun’s rays as it rises in the sky. In the event it is a colder month and you are trying to heat things up, uncover your window during the day and use your blinds or curtains to block it out at night so that the heat can stay within your home.

More and more devices are coming to market that perform just as well if not better than older models and do so using less electricity. In order to tell these devices apart from others, keep an eye out for the Energy Star label that is placed on products. That identifier certifies that the products can help you save money and have a reduced impact on the environment. As your appliances reach the end of their lives, especially larger ones like a refrigerator or a washer and dryer, consider replacing it with an energy efficient version. In some cases, you may even be able to get your landlord or the owner of the building to make the purchase for you, allowing for even greater savings.

Especially in the warmer months, relying on fans instead of air conditioners is one way to reduce the amount of electricity you use rapidly. Fans are able to circulate the air within spaces, helping to cool off those within them quickly and affordably. What many fail to realize however is that these devices do not cool off the room. Because of this, it is important to utilize fans only when you are in the space to benefit from them. If not, you are costing yourself needlessly. It is even possible to use the air conditioner and fans together, allowing you to drop the temperature within your apartment only slightly and make up the difference with the fan.

Along with energy efficient appliances, there are now energy efficient light bulbs available for purchase that cut down on the electricity used in apartments. The most efficient on the market are LEDs, which in addition to reducing the amount of electricity used while illuminated further help savings by minimizing the amount of energy given off as heat. Often in older bulbs like incandescents, only a small amount of the energy was used in making light. LEDs also outlast incandescent and compact fluorescent bulbs and even perform better in extreme conditions. They do have a slightly higher upfront cost but LED bulbs present an opportunity for a pay off in the form of a reduced electricity bill.

In order to provide heat to your sinks and to your shower, the water heater must use electricity to warm things up. In doing so, the amount you pay each month can increase based on whether or not you are using hot water needlessly. One way to cut back on this energy use is to employ the assistance of low-flow water fixtures. These devices can be installed on your sink as well as in the place of your showerhead. They reduce the amount of water used, forcing the heater to warm up less while also cutting back on water waste. The devices can even maintain the standard water pressure ensuring you the same comforts for less.

When it comes time to do laundry, there are a number of ways the amount of electricity used can be cut to make it a cheaper process. To begin, you can save on energy by relying on cold water for washing clothing instead of warm water. As the machine works, it will generate heat that can warm apartments in the winter and help to keep them heated without forcing any major spending. Instead of using the dryer, consider hanging clothes either from a line or while secured on a balcony. It will take longer, but it will allow clothes to finish cleaning without costing a cent.

Though it may seem a bit old-fashioned, opening windows to allow breezes to enter apartments can be just as effective as using electricity with an air conditioner. In the summer months multiple windows can be opened for cross ventilation which will push the warm air out of the apartment and allow cool air to take its place. And during the evenings when the temperature outside has cooled off a bit, opening windows can cool down an apartment without causing people to wake up shivering.