What is Wind Energy? 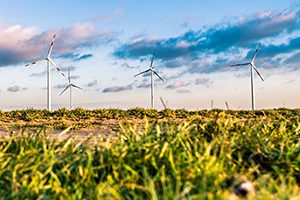 Contrary to popular belief, wind power has been used over the course of the centuries in order to simplify life and reduce the manpower for certain processes early on. Windmills were used within both Asia and Europe to power grain mills and aid in irrigation and have been generating electricity since the 20th century. Now, given the prevalence of renewable energy and the world’s desire to minimize the environmental impact of energy usage, wind power has begun to emerge as a desired form of energy that can meet the needs of society. But how far has wind energy come in the last two centuries, and how far does it still have to go? Additionally, what is wind energy exactly? For context and answers, the following is meant to outline the advancements that have been made with this renewable form of energy and allude to where it is headed.

Wind energy is the term used to describe the energy created as kinetic energy from wind gusts is captured and converted into electricity. At its core, wind energy is a type of solar energy as the wind itself is created by a combination of the uneven heating of the atmosphere, irregularities in the earth’s surface, and the rotation of the earth. The earth’s terrain, bodies of water, and vegetation types impact the wind flow patterns and dictate how much wind a particular area gets.

Among other things, wind energy is a form of clean and renewable energy that is utilized worldwide to supply energy to a number of countries. Another important note about wind energy is the fact that there are several types and they include distributed wind, utility-scale wind, and offshore wind. Distributed wind is the method by which homes that are not connected to the grid can receive energy through the use of small turbines. For utility-scale wind, the energy generated by turbines is delivered to a power grid and is then provided to the user. For offshore wind, turbines are placed within large bodies of water and remain partially exposed in order to allow for the capture of wind. These turbines are larger than those that are land-based and are able to generate more energy.

In order to capture wind energy and convert it, both windmills and wind turbines are used. Though many believe that they are the same thing, in reality they have several unique differences. Of the two, windmills are older and though they are able to produce mechanical energy, they cannot generate electricity. In order to compensate for that, they come with a greater number of blades.

Wind turbines on the other hand represent advancements in modern technology and come equipped with thousands of components and fewer blades. These turbines work by taking the kinetic energy generated by the wind and converting the motion into electricity. As the propeller moves, it spins a shaft that is connected to an electric generator. The spinning of the shaft is what passes energy to the generator. The electricity generated by the turbines is then fed into a utility grid and distributed to customers in the same fashion as other forms of energy.

As a means of generating a considerable amount of energy, often wind turbines are placed in close proximity and high concentration. These groups are known as wind farms and can take up hundreds of acres, generating thousands of megawatts of energy in the process. Within the United States, a number of farms are located within the midwestern and western states as a considerable amount remain in the state of California as well. And given the ability for these farms to exist both on land and offshore, there are a number of areas in which these turbine hubs can be situated. They are even used in northern European regions where the winds can be powerful and generate a considerable number of megawatts. Given the force of winds at higher altitudes, developments are being made that will enable wind farms to be put at higher elevations. 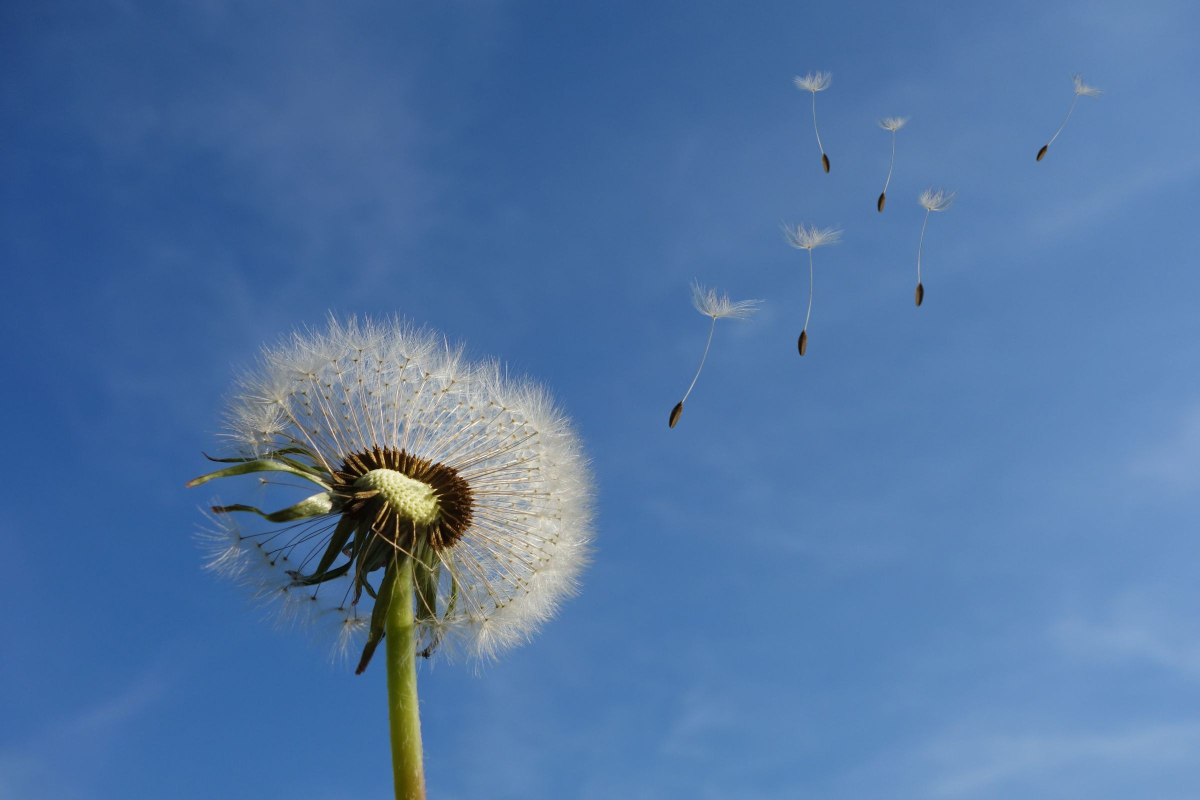 How reliable is wind energy use?

In some parts of the U.S., wind energy is abundant. In fact, The U.S. Department of Energy classifies different areas around the country from one (the lowest) to seven (the highest) in order to assess how viable wind energy is from state to state. According to the map, states in the Midwest have high potential for harvesting wind power, especially Colorado, Wyoming, Idaho and Montana. However, Alaska has the greatest wind energy potential in the U.S., with an average wind speed at 50 meters between 8.8 and 11.1 miles per hour.

Conversely, the lowest wind speeds and density occurs in the mid-Atlantic and southeast U.S. Although these areas aren’t completely ready to sustain wind power yet, advancing technology will make wind energy a viable option all across the United States.

How common is wind energy?

According to the American Wind Energy Association, the cost of wind energy dropped 60 percent from 2009 to 2016. By 2017, the cost per megawatt-hour had dropped to a meager $20. Although wind energy has gotten substantially cheaper in the past 10 years, the upfront cost of turbines and technology have limited the spread of wind power. The gradual decrease in the cost of it however presents increased odds that the U.S. will see more robust wind development in the next few years.

In addition to dropping prices, both state and federal governments have implemented subsidy programs to help encourage investment in wind energy, and Congress has enacted over 80 policies overseen by nine different agencies to increase wind power in the U.S., according to Newsweek. All in all, the future of wind energy looks very bright.

Are there any environmental concerns about wind energy?

Wind energy is a renewable, non-polluting form of energy, meaning that it does not produce harmful by-products that can leak into the atmosphere. However, like other forms of solar energy, there are still a handful of environmental impacts that wind fields and turbines cause.

First, wind turbines require a lot of land and space to operate and installation can be disruptive to the surrounding areas. Although installing turbines can be disruptive, once installed, typical activities such as livestock grazing and other agricultural activities can resume. This impact can also be reduced by establishing wind fields in areas that cannot sustain agriculture, such as old industrial sites.

Next, turbines can disrupt habitats and create dangerous obstacles for wildlife, especially birds and bats. Changes in wind pressure and collisions with turbines can cause wildlife deaths and interfere with natural habitats. While these impacts are worth considering, scientists have found that ultimately these side effects are not severe enough to threaten species populations. Additionally, wildlife biologists have studied animal populations and developed recommendations, like turning off turbines during periods of low wind speeds, when bats are most active, to help reduce the threats that turbines pose to wildlife.

Finally, although wind turbines don’t produce greenhouse emissions, the manufacturing, assembly, operation, maintenance and recycling of turbines create numerous opportunities for materials to be handled irresponsibly. Although these situations are possible, they are uncommon and the potential impact to the environment is offset by the amount of clean energy turbines produce. 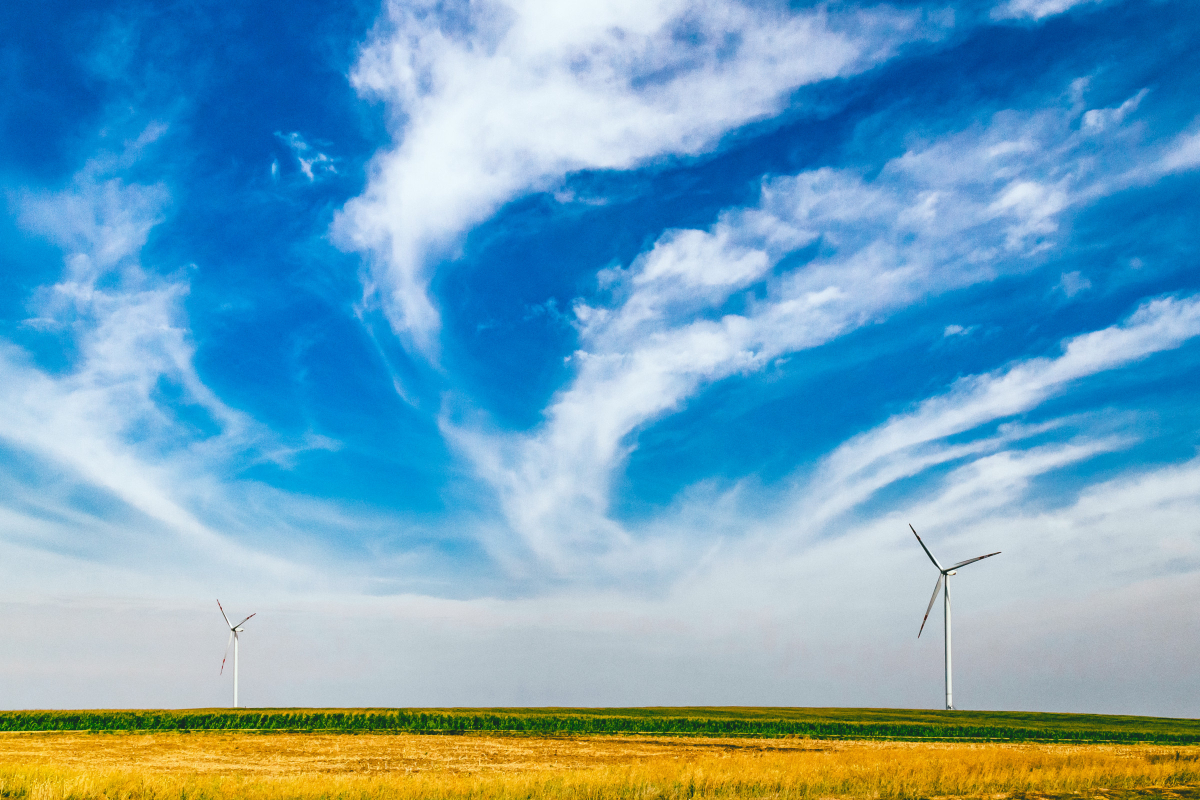 Where is wind energy going?

The future of wind energy is promising as the form of renewable energy not only offers a number of options given its cost, but its flexibility as well. Whether placed within the heart of previously industrial prairie land or along the shores of a gusty beach, wind energy is truly a remarkable source of electricity. Currently there are goals in place for the increased adoption of wind power and there are even some looking into adjustments that can be made to the actual turbines themselves to maintain their benefits while reducing some of their drawbacks. Only time will tell where wind energy is going but its prominence in our country will likely only increase from here.

To learn about other sources of energy or find a provider that supplies it affordably, visit paylesspower.com. Offering cheap energy plans to suit both personal and business needs, Payless Power is a company committed to providing people not only with some of the best cheap electricity rates in Texas, but also with helpful customer service. Visit the website to learn more about how to save electricity at home, or connect with the online community on Facebook, Twitter, and Instagram.