What is Solar Energy 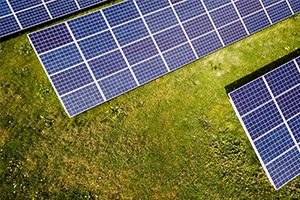 What is solar energy and how does it work?

Solar energy is power generated by harnessing the radiation that is given off by the sun and that is strong enough to make it to the earth. As the sun’s warmth and light come down through the atmosphere, those rays can then be converted into electrical or thermal energy. This can then be used as a source of electricity which can subsequently power homes and businesses.

The most common and easily-identifiable manner of capturing solar energy is through the use of solar panels. The panels are often seen on the roofs of homes or commercial buildings and are able to work based on the fact that they are made of photovoltaic cells. These cells work as photons, also known as light particles, strike them. This knocks electrons free from their atoms and they are then forced into a single direction which creates an electrical current and generates the flow of electricity, according to LiveScience.

Can solar panels really help save money on the electric bill?

Although solar panels are a popular way to harness solar energy, installing them on your home does not necessarily equate to savings. While homeowners can earn tax credits from federal, state and even some local governments which will help to make the cost of installing solar panels more affordable, it might take a while for those credits to cover the cost of the panels.

Once installed, areas with an average amount of sunlight can generally cut their monthly bill in half. But, with a price tag of $15,000 for the purchase and installation of an average residential system, it could take anywhere from ten to twenty years to make back the money spent on installation, according to NerdWallet. This may act as a deterrent for some, especially for those who are not planning to remain within their homes for the stretch required to make money back on the initial investment. If however, a home is going to be kept within the family, installing solar panels will present an opportunity to pass savings on.

How does solar power impact the environment?

Once created and installed, solar panels produce no air or water pollution and further benefit the environment by allowing the traditional energy sources that may have a negative impact to be avoided. Though these environmental benefits do seem to justify their use, that doesn’t mean the entire life cycle of solar energy, including manufacturing and transportation, is without environmental concern.

Three main areas of concern for solar power include land, water and hazardous materials use, according to the Union of Concerned Scientists.

With the popularity of solar energy growing, so are the number of large-scale solar operations. These facilities exist on massive lots of land and include hundreds to thousands of solar panels. Some scientists worry that these facilities are contributing to land degradation and habitat loss. Additionally, solar energy facilities fail to offer opportunities to maximize land use, as is the case with other renewable sources of energy. This can be seen in the case of wind facilities, which can often be used on land that is also meant for cultivation. Although these risks do exist, they can be managed by using low-quality land for solar facilities, such as abandoned mines or transportation corridors for solar fields, rather than fertile farmland.

Water use is another potential environmental issue with solar energy and does not always relate to the actual process of harnessing sunlight but can include the process of manufacturing panels. Additionally, concentrating solar thermal plants are another kind of facility that create solar energy, though this technology differs from the panels commonly seen on homes. Part of generating electricity requires water to cool the power plant. Though the process of cooling may differ from facility to facility, often it is the methods that prioritize saving water that are the most costly, prompting plants to refrain from investing in them. Another downside for water conservation is the fact that the sunniest areas in the country are also some of the driest areas in the nation, adding to water loss. Solar energy advocates will have to weigh the tradeoffs of water use when planning new facilities.

Solar panels are manufactured using a large number of hazardous materials, according to National Geographic. In simply cleaning off the surfaces of the panels, they come in contact with the likes of sulfuric acid, nitric acid, and hydrochloric acid. This process can also expose workers to undesirable risk. Without proper maintenance and disposal, old solar panels could pose a serious threat to the environment and public health. Something that may naturally prevent this however is the value of the components that go into the panels. Because they contain rare materials, residents and businesses alike may be motivated to recycle solar panels which helps to reduce any worry of future mishandling.

What are some limitations of solar energy?

Beyond the environmental risks that creating and using solar energy poses, it does also have some limitations that can affect its effectiveness as a power source. Because they rely on sunlight to create energy and because the amount that areas are exposed to varies over time, the amount of power that panels are able to generate will vary also. This is affected by the time of day, the season, and the region. In the event of cloudiness or inclement weather conditions, it is still possible for panels to absorb sunlight though it will be less than on a sunny day. Using multiple panels is also the most effective method for producing energy from solar panels as relying on just a select few reduces the extent to which sunlight can be taken in.

How popular is solar energy?

Though answering the questions about solar energy involves understanding a number of facets, getting a sense for this source of renewable energy does provide insight into the direction that electricity is heading in the future.

For more energy statistics and electricity-saving tips be sure to follow Payless Power on Facebook, Twitter, and Instagram. Payless Power is a family-owned business, a quality that allows us to meet the needs of our customers with unprecedented success. We offer a number of great plans that can help you save today.