What are Fossil Fuels? 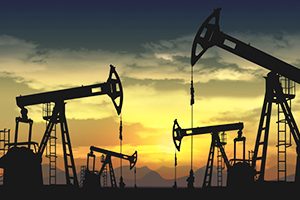 Over the past few years, the debate over America’s energy needs has introduced the nation to buzzwords like fossil fuels, fracking, and renewable energy. And as often as they are used in everyday conversation, many people are unfamiliar with the details of fossil fuels outside of their context as a fuel source. Because of our country and our world’s reliance on this form of energy, along with the effect that burning them has on the planet, it is important to understand the details and nuances of this fuel. As we continue forward, greater mindfulness of the impact of fossil fuel consumption and comprehension of all that its use entails could be the spark needed to push towards renewable energy.

The following is information about fossil fuels:

What are fossil fuels?

Fossil fuels are a non-renewable resource that provide the majority of energy in the United States. The term is used to describe natural fuels, such as coal, oil, or natural gas, that have formed from the remains of living organisms. This is possible as the decomposition that plants and animals undergo over time create geological deposits of materials that can be converted into various sources of energy. The use of fossil fuels in everyday contexts as well as for industrial purposes have enabled rapid developments and have become widely adopted as one of the main drivers of continued modern growth.

Where do Fossil Fuels come from?

Millions of years ago, as organisms became deceased, their remains were preserved within layers of rock that continued to accumulate over time. As natural processes ensue, the combination of temperature, pressure, time, and other factors will form different kinds of fossil fuels. In order to get to this fuel today, drilling and mining is required in order to dig deep beneath the surface of the earth and extract it from below. The type of decomposed remains determine the form of fuel that can be extracted as heat and pressure causes plants and trees to form into coal. For organisms, pressure leads to oil, while this is also the case for natural gas, however it requires further decomposition.

How do fossil fuels impact the environment?

The collection and use of fossil fuels has been at the center of the political realm recently due to the impact these materials have on the environment. For example, hydraulic fracturing, or “fracking”, is a method of collecting natural gas that has been criticized in recent years because it is believed that the process can trigger low-magnitude earthquakes. Additionally, government plans for new oil pipelines like Keystone XL and the Dakota Access Pipeline have been widely protested due to fears of future spills or other malfunctions.

Another point of contention exists based on what fossil fuels do to the environment and have caused environmental concern since the 1970s. Fossil fuel use relies mainly on combustion in order to generate energy and when fossil fuels are burned, they produce greenhouse gases, like carbon dioxide. As these gases escape into the atmosphere, they trap heat within it and keep the earth’s surface warmer than it normally would be. This greenhouse effect has been a leading cause of climate change worldwide as temperatures have been on the rise. In addition to the greenhouse effect, the burning of fossil fuels, especially coal, produces emissions that are linked to acid rain, respiratory illnesses, and smog.

Is there anything positive about fossil fuels?

Although the harvesting and burning of fossil fuels has been heavily debated, hydraulic fracturing has helped increase domestic oil production while simultaneously decreasing gas prices nationwide. This method is helping the United States become more energy independent and generates electricity at half the carbon dioxide emissions as coal, according to BBC. Additionally, the oil and gas industry has added over 130,000 new oil and gas wells nationwide in the last seven years, and Texas alone has recovered 100 percent of the jobs lost during the Great Recession thanks to the industry. Given its prevalence as a fuel source, the world is able to readily tap into fossil fuels to continue on with everyday life instead of seeking and investing in other forms of energy.

What does the future of fossil fuels look like?

Despite the environmental concerns over fossil fuels, these materials remain the top source of energy in the United States. In 2016, fossil fuels accounted for 66.9 percent of the energy that was converted to electricity in the United States, according to data from the U.S. Energy Information Administration and Institute for Energy Research. 2016 also marked the first time that natural gas surpassed coal for the largest share of United States electricity generation, according to the Washington Post. Although renewable forms of energy, such as wind and hydroelectric energy, are gaining popularity, fossil fuels aren’t going anywhere anytime soon.

Given the greater understanding that we now possess about fossil fuels, a gradual transition towards finding other sources of energy that have a minimal impact on the environment is underway. With expected growth in the years to come to go on top of the establishment of green policies by various countries, the likes of solar, wind, and hydroelectric energy are surging. Major corporations have even invested billions in order to adopt renewable energy and spending growth was up 13% in 2018. In 2019, that is only expected to double.

For solar energy, some states have been particularly forceful in their push to make it a fuel source. California has been a leader in utilizing solar energy and received nearly 20% of its electricity in the form of solar power in 2017. Just behind California in national ranking is North Carolina, which powered half a million homes with solar energy in 2017 and enabled over 7000 solar jobs. In terms of wind, the use of the renewable energy in the US alone has tripled in the last decade. With greater adoption, the cost of using wind energy is dropping and allowing for increased acceptance and a further reduction in the reliance of fossil fuels.

Fossil Fuels and the World’s Energy

As we continue to push forward as a country and a world, the need for reliable energy is something that will not change. But as time goes by, the means by which we are able to fuel our everyday activities can be improved in order to ensure that our effect on the environment is limited and sustainable. While fossil fuels may have been our answer in the past, considering and expanding on new developments will be necessary now and in the years to come.

For more information about different energy sources or to supply your home with affordable and reliable electricity, visit paylesspower.com. Offering cheap energy plans to suit both personal and business needs, Payless Power is a company committed to providing people not only with some of the best cheap electricity rates in Texas, but also with helpful customer service. Visit the website to learn more about how to save electricity at home, or connect with the online community on Facebook, Twitter, and Instagram.