Compare and Choose Your Electric Company

Residents new to Houston will learn quickly that many power companies are competing for their business. While most cities across the U.S. only offer one or two choices for power companies, Texas’s deregulated energy market means options of more than 100 retail electric providers. And that equals cost savings for Houston residents, who can shop for a plan that meets their budget and energy needs.

With all of the available electricity companies in Houston, you may be asking, “How do I find the best power company near me?” Do you need the flexibility of a prepaid plan? Do you simply want the best rates possible? Look to Payless Power, named one of the state’s top providers, for a variety of cost-savings electricity plans in Houston.

With 2.3 million residents, Houston is the largest city in Texas and the fourth largest city in the U.S. As the hub of energy production and intellectual capital for the industry, Houston is rightly called the Energy Capital of the World. One-third of the nation’s energy jobs in oil and gas are in Houston, with 4,600 energy-based companies in the metropolitan area. The city’s growing population, booming industries, and warm climate mean high demand for reliable, affordable energy.

Since 2005, Payless Power has been helping Texas residents obtain reliable energy with up to 20% savings on their average electricity bill. If you search “electric companies near me,” you’ll discover that Payless Power offers competitive rates in Houston on all of their available rate plans, including prepaid plans that require no deposit or credit check.

Payless Power customers who want the flexibility of a prepaid plan receive alerts on usage and balance, allowing them to: 1) Reduce their home’s power usage to save money. 2) Pay as they use electricity, with no large surprise bill at the end of the month. 3) Avoid sudden disconnection for failure to pay by easily adding funds at any time by phone, app or online.

On average, Texas residents pay approximately $138.56 per month for their electricity plan with average monthly use of 1,132 kWh. Houston residents consume more power than the average Texan at 1,300 kWh per month (thanks to its warm climate and humid climate). The average electricity bill for Houston residents is $159*, which fluctuates based on the size of home and amount of energy used. Texas’s wide selection of competitive providers near Houston plays an important role when it comes to cost savings. 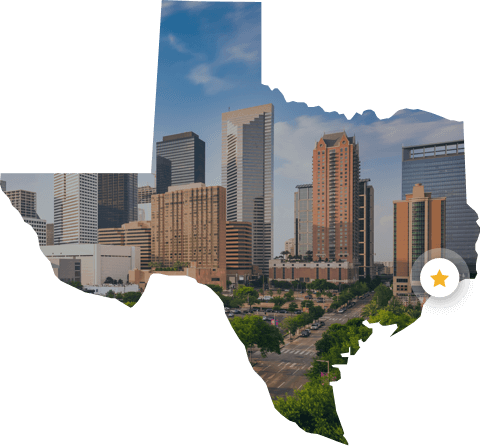 What our Houston Electric customers are saying

Excellent customer service. Great rates. I love the convenience of not having a contract plan, same day service, and balance notifications. No surprises. Magnificent electricity savings with balances equal to more than $35.00.

I love Payless Power. One of the best electricity providers I’ve ever had, they are the best thing could happen to my budget. I’ll never leave you.

I love payless power. The flexibility to pay my electric bill as much or as little as I need to. The rates are great too. I have a big family and we just received our statement for January and only spent $120 on my electricity plan! I think that’s pretty cool with 4 kids 2 dogs and a 4 bedroom 2 story home!…

I have enjoyed this service! It makes it easier for me to keep track of my usage and helps me budget too! I’m glad this is an option instead of getting a huge bill by surprise like I have in the past!

I was with Acacia energy before payless, and I have to say it’s been a MUCH better experience with payless. I started with $35 and its the heat of the summer in Texas and that $35 lasted me just about two weeks

The daily emails help me stay aware of my kw usage and it’s super easy to make payments to my account. Enrolled in AutoPay for the discount and to take any worry about forgetting out of the equation. So far, so good!!

I like the prepay electric service. I know exactly how much electricity my household is using anytime day or night. And I don’t have any more expensive electric bills at the end of the month that I can’t pay. Payless power allows me to have electricity that fits my budget.

Always a daily alert to let me know my balance, and power usage!! Paying is as easy as login, hit the card you want to charge and put in the amount and hit pay!! Never had any problems, always easy to get ahold of customer service!

I like the idea of putting money on the account for payment, paying online, easy to understand and figure out how to use the site. What I think you should add is a free weekend or a week of free power. But overall great company!😁

Registering was a little bit of a confusion but overall i love this system.. I love knowing what I’m using everyday it teaches you how to conserve energy. I also love how easy and convenient it is to pay you’re bill.. Thank you Payless Power.

AnnMarie D. in Fort Worth

Love the payless power portal. I can manage my account easily by phone without any hassle! I also love that I can monitor my kilowatt usage. Monitoring my usage makes it easier to estimate how much money to put into my account to hold me off till next pay day. I also love the deferred payment option when times are rough this is an excellent solutio…

Q: How much does electricity cost in Houston?

Q: How much does electricity cost in Houston?

The average Houston electricity rate for residential consumers is 10.98 cents per kWh, which is about 7.50% lower than the national average of 11.88 cents/kWh. For a typical 2,000 square feet residence, the average consumption is approximated at 1,325 kWh per month. Thus, the amount of money you would spend on electrical consumption would be anywhere between $145 to $150 and $85 a month (10.98 c/kWh X 1,325 kWh/month).

The average electric rate in Houston for commercial use is 8.16 cents per kWh, which is 19.3% lower than the national average commercial rate, making it relatively affordable.

Note that rates and your electricity bill are influenced by several factors, including the term of your contract, your usage, and your credit score.

Q: How do I choose a Houston energy plan?

Q: How do I choose a Houston energy plan?

In Houston, residents have the option of selecting a fixed- or variable-rate plan. With a set rate and set contract period, fixed-rate plans provide plenty of stability and security. While a variable-rate plan offers freedom and flexibility without a set contract or set rate. Residents can then select a specific energy provider and plan after choosing between the two options. A service provider such as Payless Power helps consumers compare options more easily and select the best plan for their needs.

Further, you may filter your options based on your usage, the type of plan you prefer, and several other factors. Upon selecting the energy retailer that most closely matches your needs, you can sign up directly through their website.

Q: Who provides electricity in Houston?

Q: Who provides electricity in Houston?

Houston gets 88% of its power from wind turbine operators, while the rest is generated by a 350-acre solar farm in Alpine, Texas.

As part of Houston’s deregulated electricity market, customers can choose an energy provider that meets their needs. There are, however, so many choices that you may be overwhelmed. Over 60 energy suppliers offer services in the greater Houston area including Champion Energy, Payless Power, TXU Energy among the top providers.

Q: Why is my Houston energy bill so high?

Q: Why is my Houston energy bill so high?

In Texas, the market for electricity is deregulated. When there is a shortage of electricity, the price will rise, so power companies will have an incentive to generate more electricity. As a result of the deregulation of the electric market, it is also possible to offer unusual policies or plans with variable rates. As a result, customers are left with sky-high bills. Consider checking out other causes of an expensive electric bill.

A Better Way to Get Houston Energy is Waiting For You