Dallas Residents Can Compare and Choose Their Electric Company

If you’re moving to Dallas from another state, you’ll find Texas’ unique electricity framework provides customers plenty of choices to save money. The state’s deregulated market results in more than 100 electric provider companies for residents to choose from, whereas metropolitan areas across the US only offer one or two power company choices. In Texas, which operates on its own power grid, residents can shop around for the electric company and plan that best meets their needs based on usage and price.

With all of the available options in Dallas, however, you may be asking, “How do I find the best power company near me?” Recognized as one of the state’s top providers, Payless Power offers Dallas residents cost-saving choices in prepaid electricity.  fixed rate plans, pay-as-you-go plans, and auto pay options. No credit checks and easy connection means you can get same-day electricity when you move.

The city of Dallas is home to over 1.3 million residents, making it the third-most populated city in Texas. Those residents make up 513,000 households. As a territory, it includes 20 zip codes and covers 385 square miles. Dallas-Fort Worth forms Texas’ largest metroplex, which doubles as the fourth-most populated metropolitan area in the US. That’s a lot of electricity!

With a vibrant, growing population and attractive employment and entertainment options, Dallas is the proud home to companies such as AT&T and Southwest Airlines, as well as  industries that support Texas’ renewable energy efforts in wind and solar that provide a quarter of the state’s power. With the area’s unique needs and challenges when it comes to electricity, Dallas residents need a reliable and trusted resource for affordable electricity.

On average, local residents pay $112.36 per month for their electricity plan, which stems from an average monthly use of 937 kWh. Compared to national data, Dallas residents  consume more power than the average American, but are paying less per kWh and spending less each month. Texas’ wide selection of electric companies and the competitive providers near Dallas play an important role when it comes to cost savings. With the variety of rates and plans, power bills can range from less than $100 to over $200 per month; some of the lowest rates in Dallas are 7.4 cents per kWh. Compare electricity plans near you to find the best rate for your power needs.

Since 2005, Payless Power has been helping Texas residents obtain reliable energy and savings on their average energy rate, regardless of income or credit history. When searching “electric companies near me,” you’ll discover that Payless Power provides the best prepaid electricity plans in the Dallas area. With no cancelation fees, no credit checks, and no deposit, residents can save up to 20% on their electric bills under one of our plans:

Payless Power customers receive daily alerts on usage and account balance, resulting in several benefits: 1) Residents can reduce power usage to save money. 2) There’s no large surprise bill at the end of the month. 3) Customers can avoid sudden disconnection for failure to pay by easily adding funds from their phone or computer. 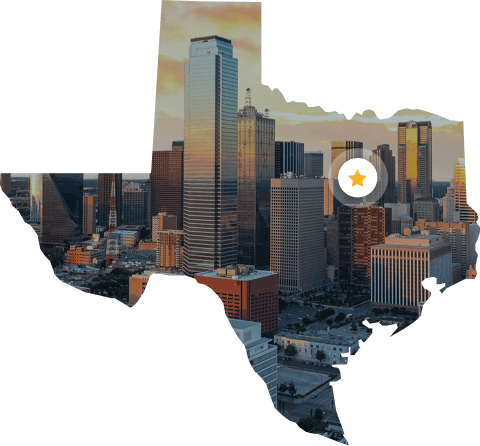 What Our Dallas Electric Customers are Saying

Q: How much does electricity cost in Dallas?

Q: How much does electricity cost in Dallas?

Dallas residents pay $112.36 a month on average for electricity, based on average energy usage of 937 kWh per month. Compared with national data, Dallas citizens consume more power than the average US household, but are paying less per kilowatt-hour and spending a few dollars less each month. The availability of numerous electric companies and various rates plays a large role in their monthly bills, which range from less than $100 to more than $200. Some of the lowest rates available to Texas residents include 7.4 cents per kwh.

Q: How do I choose a Dallas energy plan?

Q: How do I choose a Dallas energy plan?

There are two kinds of energy plans available in Dallas: fixed-rate plans and variable-rate plans. Plans with fixed rates offer predictability and stability due to locked-in rates and a set contract. These plans often include early termination fees. With variable-rate plans, users have freedom and flexibility without committing to a set rate or contract. This plan is subject to monthly rate changes based on the energy market, but often provide little to no early termination fees

Dallas residents are now able to find the best plans and lowest rates with the help of several services. They can use a free online marketplace, such as Compare Power, to help them choose an electricity provider in Dallas. Users can simply enter their ZIP code to explore available rates and plans in their area, while filtering for green energy plans, contract lengths, and providers that offer service near them.

For example, residents have the option to choose their electricity provider, the price, and plan terms based on their preferences. Customers can search for 3, 6, 12 or 24 month plans,; fixed or variable rates; and the amount of green energy content supplied to them – from 0% to 100%.

Q: Who provides electricity in Dallas?

Q: Who provides electricity in Dallas?

You can find out your electric utility from your address or the general location of the state where you live. Texas has five deregulated utilities (poles and wires companies) – Texas-New Mexico Power, Oncor Electricity, CenterPoint Energy, AEP North and AEP Central. Customers call the utility company directly if the power goes out.

Retail Electric Providers (REPs) are the electricity service providers to Dallas residents who bill customers directly. Some of the most popular providers in the area include Payless Power, Gexa Energy, 4Change Energy, and TXU Energy.

Q: Who has the cheapest electricity rates in Dallas?

Q: Who has the cheapest electricity rates in Dallas?

The cheapest electricity rate in Dallas currently is 7.4 cents per kilowatt-hour (kWh) for a 12-month plan from Frontier Utilities. However, it’s important to understand a plan’s actual electricity costs by correctly reading the Texas Electricity Facts Label and know what your monthly electricity usage is.