Are Electricity Prices Going Up or Down?

As the years go on and prices increase, many of life’s necessities have increased proportionally or disproportionally with minimum wage.

But the question renters and homeowners alike are sharing is, “what is the average electricity cost increase per year, and is it keeping up with inflation?” 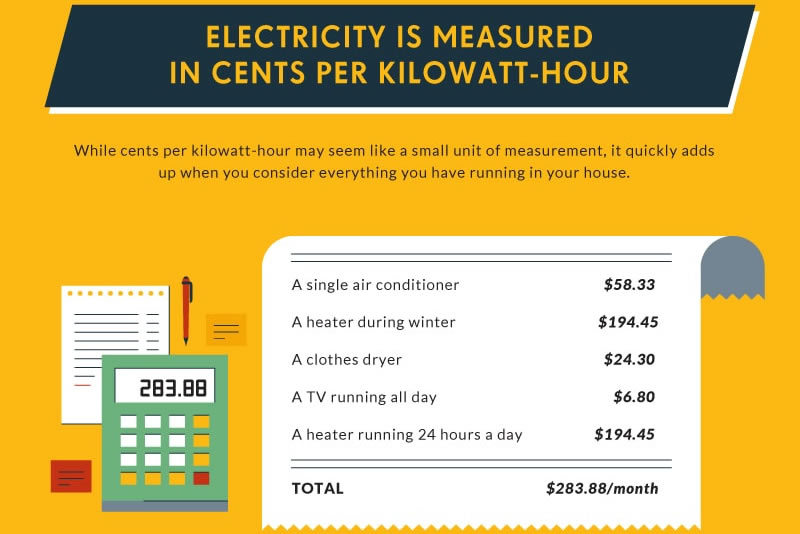 Electricity is measured in cents per kilowatt-hour

The average microwave oven that almost every American has in their house consumes about 800 watts. When used for a total of an hour in a day (assuming a family of four like microwave meals and popcorn) and the current electricity price is 13.31 cents per kilowatt-hour, that microwave oven costs 10 cents a day to run, 3.24 cents on your monthly bill and $38.89 a year to operate.

Are Our Average Electricity Costs Per Year Going Up or Down?

Now that we have established that all these electronics in your house add up rather quickly, how does the average electricity cost compare to the inflation rates while wages have stayed the same?

According to many government agencies and entities separate from these electric utility companies, the average electricity cost increases each year. Relative to the cost of other things, electricity prices have gone down.

Still, because of the wages not keeping up, inflation has made it to where you are paying more than ever in electricity and will have less extra money for other things as a result.

To break down the numbers even further: the average electricity rate went from 7.47 cents per kilowatt-hour to 12.18 cents in 13 years in Colorado, but in that same period, the average income in Colorado only went from $49,397 to $61,303. 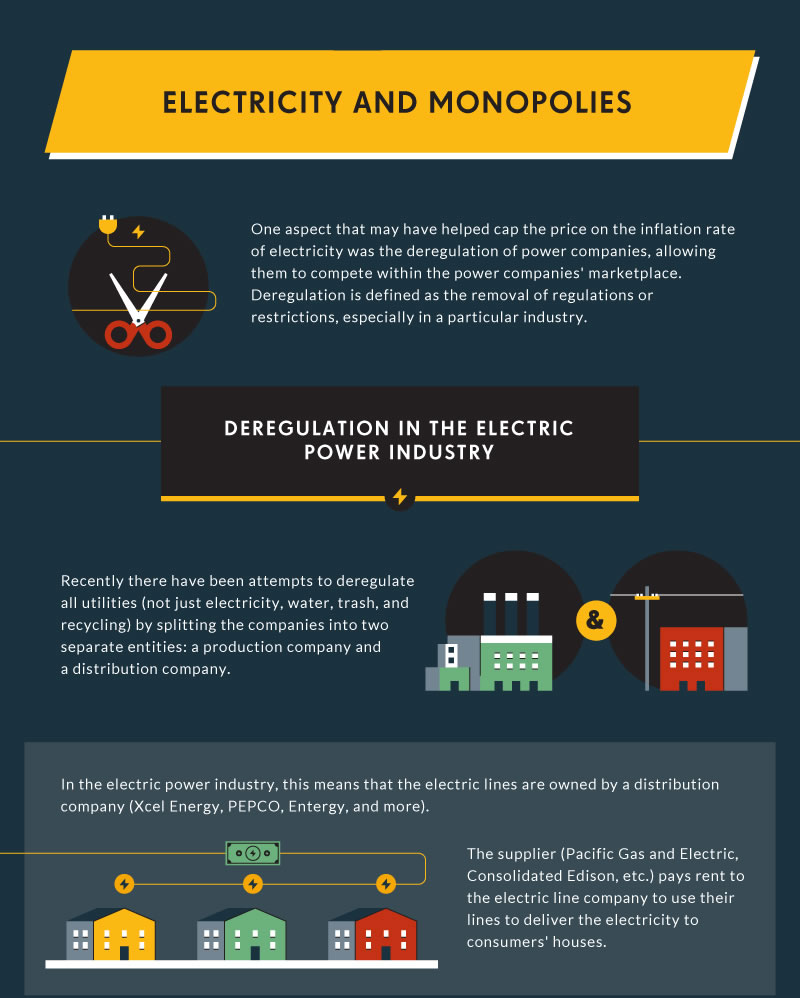 One aspect that may have helped cap the price on the inflation rate of electricity was the deregulation of power companies allowing them to compete and have competitive prices within the power companies’ marketplace.

Recently there have been attempts to deregulate all utilities, not just electricity, water, trash, and recycling, by splitting the companies into two separate entities: a production company and a distribution company.

The deregulation means that the electric lines are owned by a distribution company such as Xcel Energy, PEPCO, Entergy, and more. The supplier (Pacific Gas and Electric, Consolidated Edison, etc.) pays rent to the electric line company to use their lines to deliver the electricity to consumers’ houses.

Like Payless Power, some companies work this into their costs and altogether remove the renting fee from their bills. However, they are only available in 16 states, not including Washington D.C. Unlike traditional electric grids, customers with Payless Power can lock in a summer rate for the winter months with the help of an Ambit agent.

This practice gives homeowners and renters the illusion of choice: they can choose if they are willing to pay the higher price and go for a cheaper producer. Therefore there is no longer a monopoly in an industry ripe with the potential for a singular market.

The Advantages of Deregulation

Electricity and the Government

While grid electricity costs fluctuate seasonally with higher prices in the winter and lower prices in the summer, solar and wind plants costs do not, but that comes at a cost.

From 2005 to 2015, the average electricity price has increased by 34%, while the cost of natural gas and coal have declined or have flatlined. Natural gas that powers utilities that run on electricity have reduced by 60%, and natural gas contributes to 32% of electric utilities.

While the progress to more clean energy started with better science and understanding of how to harness clean power, previous U.S. President enacting or trying to pass legislation to push the electric companies.

Former President Barack Obama launched a major campaign to reduce carbon dioxide production with the Clean Power Plan. However, out of the 47 states affected by this initiative fought the legality of the movement and took the issue to the U.S. The Supreme Court issued a stay on the policy until The U. S. Supreme Court could hear arguments about the regulation’s legality.

Many argue that this is government overreach and that it will hurt the energy producers’ pockets and trickle down to hurt consumer’s pockets and jobs and move to other countries such as India and China. They so far have no such plans to reduce their carbon dioxide emissions by 2030.

The environment-conscious change comes with a massive drawback to consumers: these new methods are two times as expensive as their previous counterparts, with the wind plants being three times as expensive. Add on top of that the cost of fighting regulations and the regulations changes coming before many states are ready to accommodate them, and you have a recipe for a hefty price tag.

President Joe Biden has a climate plan worth $2 trillion that is supposed to take America’s current production of electricity produced from coal, natural gas, and petroleum products from 62% to 38% by the year 2035.

While writing this article, there are no clear answers to how much this will cost American households. Many experts say that changing 62% of electricity generation down to half will cost far more than what is currently being paid.

The Future of Wind and Solar Generation

The Price of Going Green

So What Does it Mean for the Future?

So with all that being said, what should we expect for the future? Despite the previous administrations attempting to help the American public with electricity and making it cheaper, it appears that electricity prices will continue to increase with these new measures, especially as the world turns towards more technology on a day-to-day basis.