Pasadena is located within the southeastern portion of the state of Texas. Receiving its name from the city in California, it was founded just before the start of the twentieth century. As the years passed and the country experienced rapid industrialization, especially in the wake of World War II, petroleum growth and technological advancements prompted Pasadena to flourish as well. Today, it stands as one of the state’s most populated cities with over one hundred and fifty thousand residents. With that, the city of Pasadena is also located within Texas’ deregulated electricity market and allows those living within it the ability to choose an electricity provider from the service companies that power the state.

The city of Pasadena is conveniently central to a number of points of interest that vary from the scale of the Johnson Space Center to the calming surroundings of the Armand Bayou Nature Center. Other destinations that the city offers include the Heritage Park & Museum along with the San Jacinto Battleground State Historic Site, granting those who are interested with a taste of the state’s rich history. And as home to a number of thriving businesses, the residents and corporations of the city alike rely on consistent and affordable energy to continue on with their everyday activities.

For those living in Pasadena, the average cost of electricity each month comes out to around $150, exceeding the national average by nearly $30. With this, the amount of energy consumed on a monthly basis is 1,507 kWh, again surpassing the national average by 600 kilowatt-hours. Though it may seem that the cost of energy in Pasadena is a fixed expense, the charge can be minimized by virtue of the deregulated electricity market. For those hoping to cut their monthly electricity cost, the ability to switch providers and plans can promise regular savings.

Payless Power provides the best prepaid and standard electric plans with no cancelation fees and no deposit in the Pasadena, TX area. Since 2005, Payless Power has been helping people get a better energy rate and save money on their average electric bill, regardless of income or credit history. As a family-owned electric provider and not a giant electric company in Pasadena, we take great pride in serving our customers with care and respect. 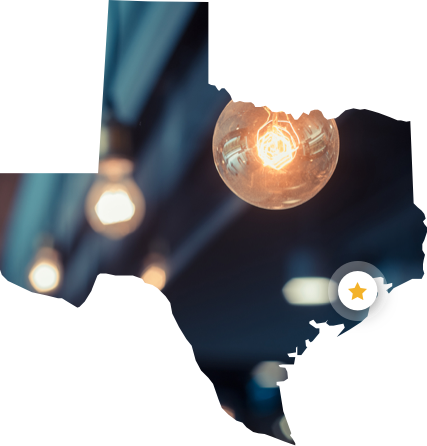 Love the fact that I am informed daily on my account and can easily pay and keep up to date on my usage.

We love this payment method it makes things ways easier!

Ivana A. in Pasadena

If you’re looking for affordable electric service Payless Power is your best bet! It is very affordable and I’m super happy that my electric bills are non existent because of the prepaid service I have with Payless Power!