A cheaper way to buy electricity in Clarksville

Situated within the the northeast portion of Texas, Clarksville is one of the smallest cities in the entire state. Clarksville was established in the 1800s by James Clark and has progressively grown into its own center for commerce and life. With a population of just over three-thousand today, the city of Clarksville is a still regarded as a hidden gem and one that resides within Texas’ deregulated electricity market. As such, the citizens of Clarksville are allowed the choice of which of the state’s service companies will provide their homes with energy.

With a recently enhanced downtown area and as host to a series of annual festivals, the city of Clarksville has its place as a lively center for activity. Woven into the the city is also a sense of history as Clarksville’s roots extend through the town’s founding and reach to the country’s as a whole. In order to power the small city, residents rely on efficient and affordable energy.

Households within the Clarksville pay an average rate of 12.1 cents for electricity, right in line with the national average but exceeding the state average by around .80 cents. As an average cost per month, residents are in a position to incur a cost on the higher end of what Texans pay for electricity. This spending, while not straying too far from what is paid nationally, can be reduced by finding an energy provider that offers a number of plans to meet consumers needs. And because Clarksville is within the deregulated electricity market, residents and businesses alike can take those steps to ensure savings.

Payless Power provides the best prepaid and standard electric plans with no cancelation fees and no deposit in the Clarksville, TX area. Since 2005, Payless Power has been helping people get a better energy rate and save money on their average electric bill, regardless of income or credit history. As a family-owned electric provider and not a giant electric company in Clarksville, we take great pride in serving our customers with care and respect. 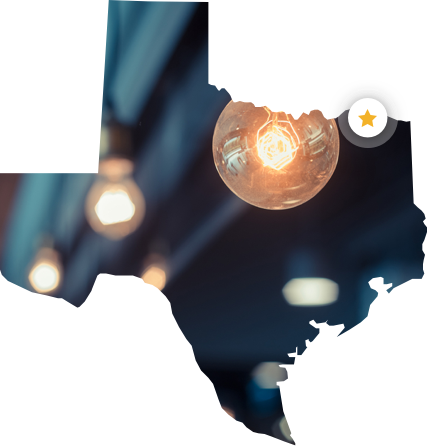