Guadalupe Victoria, originally founded in 1824 by Mexican empresario Martin De Leon, fell to Anglo settlers during the Texas Revolution where it was renamed Victoria. The city is known as the South Texas Crossroads because it sits at the intersection of 3 major US highways, marking it within a two hour drive of Corpus Christi, Houston, San Antonio and Austin. To solidify its position as a regional hub for retail trade, Victoria is only 30 miles inland from many ports off the Gulf of Mexico. This prime location is situated within Texas’ deregulated energy market, which enables residents to select between a variety of electric companies in Victoria, TX instead of only having one option.

Within Victoria, there are plenty of exciting attractions to keep all ages entertained. Don’t miss The Texas Zoo, where animals are known to be very friendly with the patrons. If you want to get even closer to wildlife, head on down to the Coleto Creek Park & Reservoir for all your hiking, freshwater fishing, and swimming needs, fit for day trips and overnight camping. Make sure to grab a map of the city and go on a self-guided driving tour to see the many homes and buildings that are historical landmarks. To sustain everyday life in Victoria, residents and businesses must be able to access affordable and dependable energy.

The people of Victoria are charged an average rate of 11.4 cents per kilowatt-hour for their energy consumption, which is barely a cent less than the average rate paid nationwide. While they do spend less on electricity than the rest of the country, residents have the opportunity to save even more if they take advantage of the deregulated energy market and switch to the provider and plan that offers them the greatest benefits.

Payless Power
provides the best prepaid and standard electric plans with no cancelation fees and no deposit in the Victoria, TX area. Since 2005, Payless Power has been helping people get a better energy rate and save money on their average electric bill, regardless of income or credit history. As a family-owned electric provider and not a giant electric company in Victoria, we take great pride in serving our customers with care and respect. 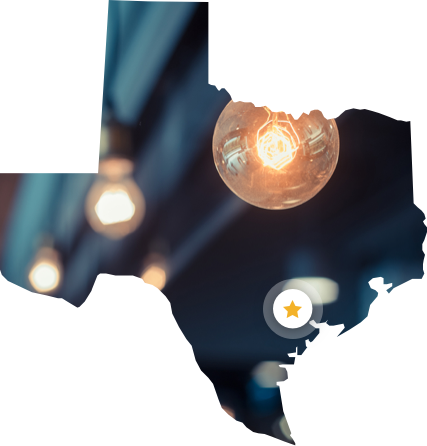 I love how I get a message every morning letting me know my balance! And adding more money is quick and easy.

Love it, easy payment options and the daily notifications help me remember how much power I’m using, saving, and how much I still got in the account.

Omar A. in Victoria

I love how I can monitor my electricity usage on a daily basis via text message. The entire process is super easy from a simple phone call to set up to making a payment online.

Q: How much does electricity cost in Victoria, Tx?

Q: How much does electricity cost in Victoria, Tx?

Q: How do I choose an energy plan in Victoria, Tx?

Q: How do I choose an energy plan in Victoria, Tx?

Victoria falls under a deregulated Texas energy market giving its residents the freedom to choose the energy provider. To find the best electricity rates and energy plans in Victoria, Texas, you simply enter your zip code. By knowing your average consumption usage, you can compare and review the best electricity prices that suit your needs.

You can select your preferred plan, whether it is a fixed-rate plan, a variable-rate plan, or a prepaid plan. Fixed-rate plans are the best option for most customers because they are fixed for the entire term of the contract. There will be no change in your rate regardless of weather, natural disasters, or market volatility. A variable-rate plan, on the other hand, offers greater flexibility– however, rates may fluctuate depending on market factors. If a consumer is short on budget, prepaid or no deposit plans may be the best option. Additionally,  you can choose month-to-month, 12-, 24-, or 36-month periods or choose renewable energy content – ranging from 0% to 100%.

Electricity in Victoria, Texas is distributed and transmitted by AEP Central to homes, businesses, and factories. In cases of power outages created by severe weather, downed power lines, broken poles, or other issues, customers should contact AEP Central.  Consumers can choose from a number of Retail Electricity Providers (REPs) then supply energy to homes and businesses. Among the companies offering competitive prices are Payless Power for prepaid plans, while Gexa Energy, Express Energy, and Frontier Utilities for fixed-rate plans.

Q: Who has the cheapest electricity rates in Victoria, Tx?

Q: Who has the cheapest electricity rates in Victoria, Tx?

Victoria residents have benefited from Texas’s deregulation of the energy market. For this reason, prices have become more affordable for residential, commercial, and industrial consumers.

Today we have more options for energy providers, and rates tend to be lower. Gexa Energy, Frontier Utilities, and Express Energy all offer their cheapest fixed-rate plans at $0.075 per kWh over a 12-month period.  For pay-as-you-go electricity, Payless Power offers a 12 month prepaid, no deposit plan, with rates as low as $0.148/kWh.