A cheaper way to buy The Woodlands electricity

Providing affordable electricity for The Woodlands

The Woodlands, Texas was established as a master planned community in 1974 by George P. Mitchell, who sought to create a neighborhood for those who wanted to migrate from nearby Houston to a more suburban quality of life. The Woodlands has since grown to a population of over 110,000 and is a part of the Houston–The Woodlands–Sugar Land metropolitan area. The city lies within Texas’ deregulated electricity market, enabling residents to select between a variety of The Woodlands electricity providers instead of only being able to given one based on their location.

There are many fun things to do in The Woodlands, which is only 30 minutes north of the center of Houston. Catch one of the many national acts that comes through the Cynthia Woods Mitchell Pavilion, a popular concert venue in town. Get lost in the oasis of the George Mitchell Nature Preserve, where the many miles of trails will satisfy your hiking, running and biking needs. The free Woodlands Waterway Trolley is an enjoyable way to The Waterway area — especially at night! For the residents and businesses of The Woodlands, receiving affordable and dependable electricity is important for ensuring the pace of everyday life.

The Woodlands residents are charged an average rate of 11.3 cents per kilowatt-hour for their energy consumption, which is almost a full cent less than the average rate paid nationwide. Though residents are able to spend less on electricity than the rest of the nation, they have the opportunity to save even more if they take advantage of the deregulated electricity market and switch to the provider and plan that offers them the greatest benefits.

Payless Power provides the best prepaid and standard electric plans with no cancelation fees and no deposit in The Woodlands, TX area. Since 2005, Payless Power has been helping people get a better energy rate and save money on their average electric bill, regardless of income or credit history. As a family-owned electric provider and not a giant electric company in The Woodlands, we take great pride in serving our customers with care and respect. 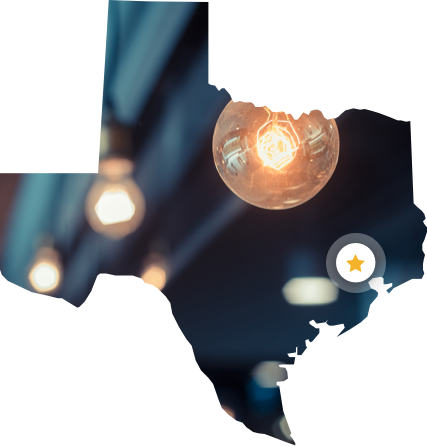 Get The Woodlands Electricity and start saving today

What a great way to pay as you go. No inconvenience. It’s straight up no guessing no secrets no schemes . And I like the daily report

Reginal B. in Houston

I’ve never paid a bill online so easily as I did with Payless Power. Quick, simple, and easy to read. Easy enough that My 11 year old can probably do this online. No extra technology graphs, no outstanding unusual fees etc. Highly recommended