Round Rock Electricity Providers - The Cheapest Energy Services Around

The Best Electricity Company in Round Rock, TX

In the mid-1850s, a settlement was established around a creek with an anvil-shaped rock in the middle. Though it was originally called Brushy, the nearby town was later renamed Round Rock because of the mass in the creek. Today, that town has grown into one of the most populated cities in Texas with a population of over one-hundred and thirty thousand. This is partially due to the growth that the community underwent in the 1990s as the city adjusted its focus to developing the local economy. Additionally, Dell relocated its headquarters to the city, bringing the area thousands of jobs. Because of Round Rock’s location within the mid-eastern portion of the state, it is contained within Texas’ deregulated electricity market. This enables those living in the city to select their energy provider from the numerous companies that serve the state.

Living in Round Rock, Texas

Round Rock is home to a number of fun venues and points of interest that will have residents and visitors coming back. In the warmer months, the Round Rock Express arena offers a chance to enjoy a baseball game while the Round Rock Premium Outlets offer those in need of retail therapy access to a number of brands and eateries. And for a calm afternoon outside, Old Settlers Park is the perfect place for a picnic or some time on the playground. With so much to do, Round Rock residents and corporations depend upon affordable energy in order to meet their everyday needs.

Average Electric Rates in Round Rock

For the average household within the city, the amount of electricity consumed each month totals to 1,119 kWh, exceeding the national average by 200 kWh. Even given this usage, the average monthly cost of electricity for residents of Round Rock comes out to $106, slightly below the national average. In order to realize even greater savings however, residents and businesses alike can use the fact that Round Rock’s place within the deregulated electricity market enables them to select a provider. With this, they can find the service company and plan best suited towards their needs, enabling a further reduction in monthly spending.

Payless Power provides the best prepaid and standard electric plans with no cancelation fees and no deposit in the Round Rock, TX area. Since 2005, Payless Power has been helping people get a better energy rate and save money on their average electric bill, regardless of income or credit history. As a family-owned electricity provider and not a giant electricity company in Round Rock, we take great pride in serving our customers with care and respect. 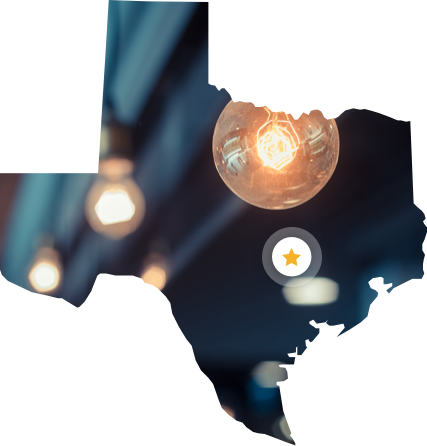 Get Round Rock Electricity and start saving today

Great all the way around. Online access is great for on the go people!

So easy to use and I love the daily updates. Will continue to use!

Eileen D. in Round Rock

Theresa R. in Round Rock