A cheaper way to buy electricity in Richardson

Within the northeastern portion of Texas is the city of Richardson, a mid-size territory with a population of just over one-hundred and twenty thousand residents. In close proximity are the cities of Dallas, Plano, and Garland, which surround Richardson. Originally founded along the Houston and Texas Central Railway, it attracted residents from nearby cities. Richardson grew as time passed, drawing new residents and local businesses, though things began to slow until the mid-1900s. At that point a number of businesses within the technology industry moved to the community, leading to the city’s nickname of the “electronic suburb.” Today, Richardson remains within the Texas deregulated electricity market, granting the city’s residents the ability to choose which company they receive energy from instead of being assigned a provider.

Richardson has a lot to offer residents when it comes to activities, including familiar and new experiences. For those hoping to get out of the house with the kids, the Cottonwood Park has a walking trail, playground, and courts for various sports. Richardson is also home to Funasia, a movie theater dedicated to showing South Asian films and the perfect place to try something new. Because of its location relative to other major Texas cities, those living in Richardson can have easy access to a range of enjoyable destinations. And with so much to offer both residents and businesses alike, Richardson depends on reliable and affordable energy to keep up with the needs of everyday life.

Payless Power provides the best prepaid and standard electric plans with no cancelation fees and no deposit in the Richardson, TX area. Since 2005, Payless Power has been helping people get a better energy rate and save money on their average electric bill, regardless of income or credit history. As a family-owned electric provider and not a giant electric company in Richardson, we take great pride in serving our customers with care and respect. 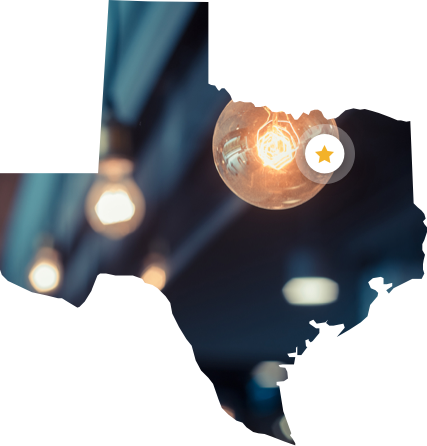 I am happy with the service thus far. I will say that my price per kilowatts is cheaper than what I have had in the past. Honestly, I switched to have more control over my monthly bill after receiving a $600 bill from a company that I had a pretty long history with. Competitive pricing is ideal and having more money for my family and less to the el…

Super easy to use, and I love the control over my bill that the app and daily billing gives me.

Very easy to sign up and the prices are great! Love that I get a balance alert and click to make payment