A cheaper way to buy electricity in Nacogdoches

Nacogdoches, Texas, considered the oldest town in Texas as well as the original gateway to the Texas frontier, was founded in 1779 by Spaniard Don Antonio Gil Y’Barbo, and has been represented by nine different flags from its inception to present day. Nacogdoches has since grown to a population of over 34,000 and sits in East Texas, only 60 miles from the Louisiana border. The city lies within Texas’ deregulated electricity market, enabling residents to select between a variety of Nacogdoches electricity providers instead of only being able to choose one based on their location.

There are many fun attractions for all ages in Nacogdoches, with history at the forefront. For a look into the earliest settlements in Texas, visit Stone Form Museum, Sterne Hoya House Museum, and Millard’s Crossing Historic Village. Nature lovers will delight in the flora at the Ruby M. Mize Azalea Garden and SFA Mast Arboretum and the peaceful stroll at the Lanana Creek Trail, originally a Native American footpath. For the residents and businesses of Nacogdoches, receiving affordable and dependable energy is important for ensuring the pace of everyday life.

Nacogdoches residents are charged an average rate of 19.5 cents per kilowatt-hour for their energy consumption, which is wildly above the average rate paid nationwide. Residents have a significant opportunity to reduce how much they spend on electricity than the rest of the nation by taking advantage of the deregulated electricity market and switching to the provider and plan that offers them the greatest benefits.

Payless Power provides the best prepaid and standard electric plans with no cancelation fees and no deposit in the Nacogdoches, TX area. Since 2005, Payless Power has been helping people get a better energy rate and save money on their average electric bill, regardless of income or credit history. As a family-owned electric provider and not a giant electric company in Nacogdoches, we take great pride in serving our customers with care and respect. 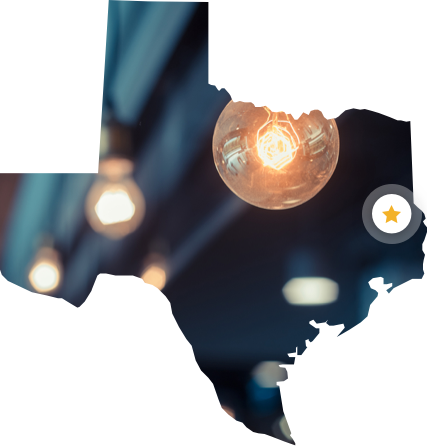 Very easy and affordable. It puts me in control. Thanks payless power!

It’s very affordable and convenient for me