A cheaper way to buy electricity in Katy

Just outside the city of Houston, TX is Katy, a modest territory that began as a small 1800s settlement known as Cane Island. Over time, the town grew slowly and was eventually renamed, given a new moniker for the railroad that ran through it. Today, Katy has a population of nearly 19,000 and though it may not encompass the same area as other Texas cities, it has established itself as a thriving center for business. Based on its location, Katy is within a deregulated electricity market and therefore does not limit residents to one energy provider or another but rather allows them to select from a number of service companies.

Perfectly described by its motto “small town charm with big city convenience,” Katy is an exciting place for both residents and visitors as it offers everything from water parks to historic museums. And while there are a number of family-oriented destinations and activities, the city also gives older individuals the opportunity to tap into the city’s nightlife. In order for Katy to maintain its pace both in the day and at night, it requires dependable and affordable energy.

In Katy, the average amount of energy used each month amounts to 1,722 kWh, a number that nearly doubles the average national consumption figure. In a similar manner, the $164 average monthly cost of electricity in the city also surpasses the national average, this time exceeding it by over $50. There is a significant opportunity to save on electricity for the residents of Katy and because the city is within the deregulated electricity market, spending less on energy can be as simple as finding the plan and energy provider that maximize savings.

The Best Energy Provider in Katy

Payless Power provides the best prepaid and standard electric plans with no cancelation fees and no deposit in the Katy, TX area. Since 2005, Payless Power has been helping people get a better energy rate and save money on their average electric bill, regardless of income or credit history. As a family-owned electricity provider and not a giant electricity company in Katy, we take great pride in serving our customers with care and respect. 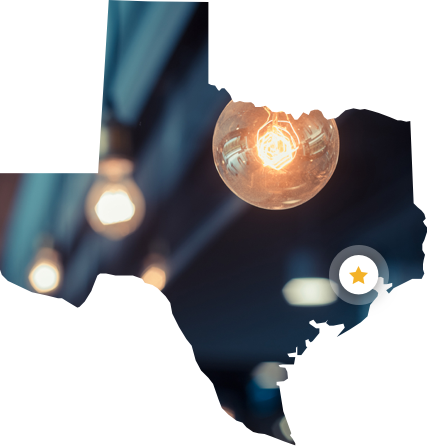 I have been extremely pleased with this entire process!! Keep up the great job!!

Payless power is very convenient and easy to use

Shawanda A. in Katy

Great service, would recommend to everyone I know