A cheaper way to buy electricity in Georgetown

Situated within the center of Texas is Georgetown, a mid-size city that is home to over 70,000 residents. Like many of the surrounding cities, Georgetown has a long history that spans back to the time of the 18th century. During that time, the land on which the city sits today was donated by one man from whom the territory gets its name. Over time, it has grown into a diverse community that is conveniently located with the state’s deregulated electricity market. This allows those living in Georgetown the ability to pick their energy provider from the numerous companies that serve the state.

With such a deeply rooted history, Georgetown is comprised of modern and historic points of interest. The city has also been designated by the Texas Commission on the Arts as a state Cultural District, making it one of only 28 and distinguishing it as a place of creative sophistication. In recent years the city has experienced rapid population growth which has contributed to the strides it continues to make but also increases the overall demand for affordable and reliable energy.

Based on the various offerings of the energy providers who serve Georgetown, the average annual rate of electricity for the city remains below the 12 cent national average. This cost can be further minimized by selecting a service company that offers the kinds of features in their plans that allow for saving, something that may take time and careful consideration.

Payless Power provides the best prepaid and standard electric plans with no cancellation fees and no deposit in the Georgetown, TX area. Since 2005, Payless Power has been helping people get a better energy rate and save money on their average electric bill, regardless of income or credit history. As a family-owned electric provider and not a giant electric company in Georgetown, we take great pride in serving our customers with care and respect. 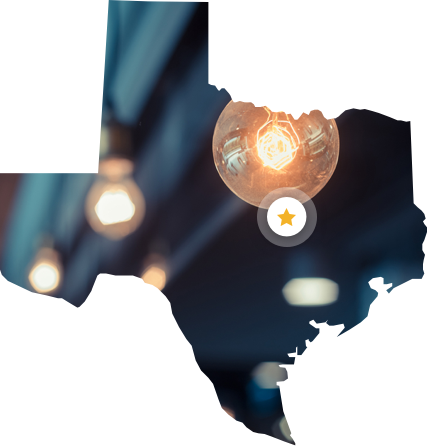