Del Rio, Texas was established in 1911 and named after San Felipe Del Rio and the local lore of Spanish explorers who offered mass at the site of the yet to be established city on St. Philip’s Day in 1635. The Laughlin Air Force Base has played a huge role in the community since 1942 and is currently the area’s largest employer. Del Rio has since grown to a population of over 35,000 and sits along the U.S.-Mexico border, just a few miles away from the Rio Grande,. The city lies within Texas’ deregulated electricity market, enabling residents to select the Del Rio electric company of their choice instead of only being given one option based on their location.

There are many fun things to do in Del Rio for people of all ages. For those who like to spend their days in nature, head over to the Amistad National Recreation Area to enjoy a lake that is uniquely situated on the U.S.-Mexico border. Head to Val Verde Winery for a local wine tasting or learn about the history of Del Rio and Val Verde County at the Whitehead Memorial Museum. For the residents and businesses of Del Rio, receiving affordable and dependable electricity is important for ensuring the pace of everyday life.

Del Rio residents are charged an average rate of 11.2 cents per kilowatt-hour for their energy consumption, which is almost a full cent less than the average rate paid nationwide. Though residents are able to spend less on electricity than the rest of the nation, they have the opportunity to save even more if they take advantage of the deregulated electricity market and switch to the provider and plan that offers them the greatest benefits.

Payless Power provides the best prepaid and standard electric plans with no cancelation fees and no deposit in the Del Rio, TX area. Since 2005, Payless Power has been helping people get a better energy rate and save money on their average electric bill, regardless of income or credit history. As a family-owned electric provider and not a giant electric company in Del Rio, we take great pride in serving our customers with care and respect. 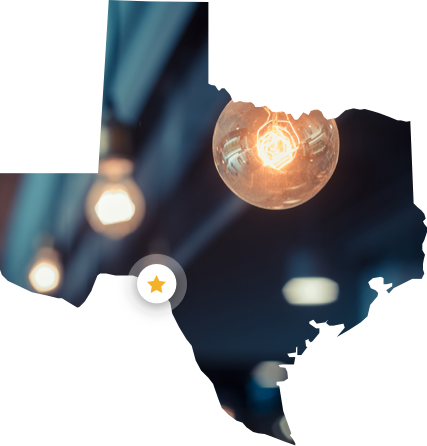 Fast, easy and convenient better than all the other companies available!

So easy to use very convenient and fast

Electricity with payless power is so convenient, I like knowing daily what my usage is and being able to request an extension til I can get to the bank 🙂 I’ve recommended using payless power to several families and will continue.