“The City of Five Hills”, officially coined Copperas Cove in the 1870’s after the metallic taste of water from a town creek, began as a small rural farming and ranching community. With the expansion of the Gulf, Colorado and Santa Fe railway into the region and the establishment of Fort Hood in next door in 1950, the town quickly grew to be the largest city in Coryell County, with a current total population of more than 32,000. Only an hour between Austin and Waco, the city falls within Texas’ deregulated electricity market, enabling residents to select from a range of Copperas Cove electric companies instead of only being able to given one based on their location.

There are many fun things to do in Copperas Cove to keep people of all ages entertained. Take the kids for a drive through the Topsey Exotic Ranch, where the animals of the Safari will come right up to your car window to say hello! Stop by Fort Hood to see the 1st Cavalry Division Museum and learn about its nearly 100 years of history as the most accomplished division in the US military. Head for the hills and enjoy one of the eight parks within city limits where you can swim, bike and play all day. For the residents and businesses of Copperas Cove, receiving affordable and dependable energy is important for ensuring the pace of everyday life.

Copperas Cove residents are charged an average rate of 10.75 cents per kilowatt-hour, which is more than a cent less than what the average rate is across the nation Even though residents are able to spend less on electricity than the rest of the country, they have the opportunity to save even more if they take advantage of the deregulated energy market and switch to the provider and plan that offers them the greatest benefits.

Payless Power provides the best prepaid and standard electric plans with no cancelation fees and no deposit in the Copperas Cove, TX area. Since 2005, Payless Power has been helping people get a better energy rate and save money on their average electric bill, regardless of income or credit history. As a family-owned electric provider and not a giant electric company in Copperas Cove, we take great pride in serving our customers with care and respect. 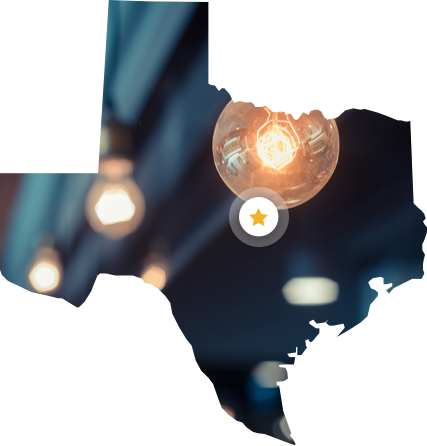 I’ve been a prepay customer for over 2 years, and I love the service. When I moved they made transferring my service very easy. I like getting the text messages everyday to let me know what I’ve used and my balance.

Love the daily updates and how affordable it is!

Always have been a reliable company, I love the flexibility I have. I would definitely recommend Paylesspower, even for individuals starting out.