A cheaper way to buy electricity in Carrollton

As an early 1800s settlement, Carrollton, Texas is said to have received its name from the Illinois town its first settlers came from. Specializing in agriculture, Carrollton is located with the northern portion of Dallas in Denton County. Just after the second World War, Carrollton experienced rapid growth and has today become one of the larger cities in Texas with a population of over one-hundred and thirty thousand. Based on Carrollton’s geographical position, it is located within the state’s deregulated electricity market which enables its residents to select an energy provider from the various companies that service the state.

As a city, Carrollton is a pleasant mix of urban, suburban, and rural, offering points of interest to meet various tastes. Along with its historic downtown, Carrollton is also home to walking trails, recreation centers, and the Sandy Lake Amusement Park. With a large number of middle-class residents and local businesses, the city relies on reliable and affordable energy.

When it comes to month-to-month electricity usage, the average Carrollton household uses around 1,783kWh, exceeding the national average by a sizeable eight-hundred kilowatt-hours. In addition, the $169 average monthly electricity bill for Carrollton homes again surpasses the country’s average by over fifty dollars. This pattern of outspending not only undermines monthly savings for residents but suggests that a change may have to be made. Because of its position in the deregulated electricity market, individuals and households have the ability to actively cut down on excessive spending by finding a provider and plan that enables them to save.

Payless Power provides the best prepaid and standard electric plans with no cancelation fees and no deposit in the Carrollton, TX area. Since 2005, Payless Power has been helping people get a better energy rate and save money on their average electric bill, regardless of income or credit history. As a family-owned electric provider and not a giant electric company in Carrollton, we take great pride in serving our customers with care and respect. 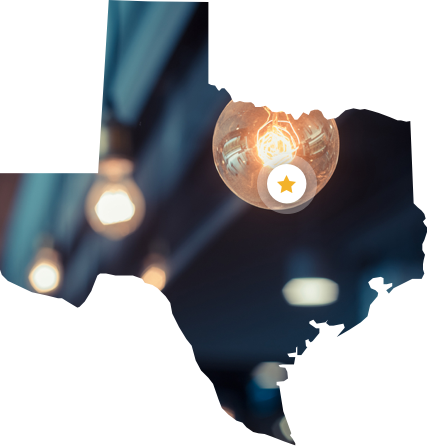