Alvin, Texas was established in 1893 and named after Morgan Alvin, the settlement’s original resident who helped oversee the Santa Fe Railroad expansion into the town. The town has grown due to the cattle, farming and oil industries in the area, but a small town feel remains for today’s 27,000 residents. Only 30 miles north to Houston and east to Texas City, Alvin sits in one of Texas’ deregulated electricity markets, enabling residents to select from a variety of Alvin energy companies instead of only being able to given one based on their location.

There is plenty of fun to be had for people of all ages in Alvin, Texas. Make sure you stop at Froberg’s Farm, a testament to the town’s long history of homegrown produce. Ride the tram at the Bayou Wildlife Zoo with a bucket of food to feed the animals with as you make your way through. Sleep under the stars at Camp Mohawk County Park where you can canoe on the lake or bird watch on the trails. For the residents and businesses of Alvin, receiving affordable and dependable energy is important for ensuring the pace of everyday life.

Alvin residents are charged an average rate of 11.5 cents per kilowatt-hour for their energy consumption, which is half a cent less than the average rate paid nationwide. Though residents are able to spend less on electricity than the rest of the nation, they have the opportunity to save even more if they take advantage of the deregulated energy market and switch to the provider and plan that offers them the greatest benefits.

Payless Power provides the best prepaid and standard electric plans with no cancelation fees and no deposit in the Alvin, TX area. Since 2005, Payless Power has been helping people get a better energy rate and save money on their average electric bill, regardless of income or credit history. As a family-owned electric provider and not a giant electric company in Alvin, we take great pride in serving our customers with care and respect. 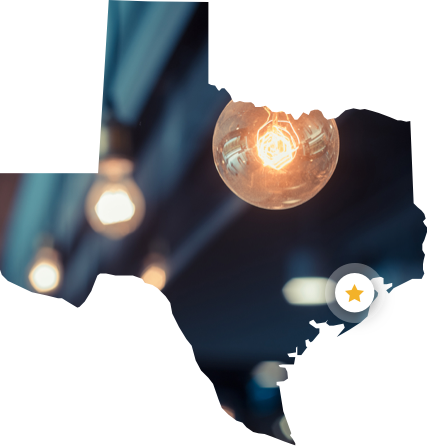