MANSFIELD ELECTRICITY: A CHEAPER WAY TO POWER YOUR HOME

Located on the south side of the Dallas-Fort Worth metroplex, just outside of Arlington, the suburb of Mansfield is home to approximately 70,000 residents. Early settlers R.S. Man and Julian Feild arrived around 1856, building a grist mill at the crossroads that was to become the center of Mansfield. The town was eventually named for Man and Feild, with the town’s spelling later changing to Mansfield due to frequent misspellings of Feild’s name.

Mansfield is a great community for families, with an extensive park system (11 parks), hiking/biking trails, an 80-acre nature park, and numerous athletic fields and golf courses. The Farr Best Theater, founded in 1917, is a historical venue for concerts and live performances. Mansfield’s 10-acre Hawaiian Falls Water Park is a popular destination for residents and visitors to beat the summer heat. Mansfield’s largest industries are health care and social assistance, manufacturing, and retail trade. For the residents and businesses of Mansfield, receiving affordable and dependable electricity is important for ensuring the pace of everyday life.

Mansfield, Texas, residents pay about 12.03 cents per kilowatt-hour for their electricity plans, or 13% less than the US average. While their cost is less, average households in Mansfield use about 40% more electricity (1528 kWh) than the US average. The hot weather plays a factor in the higher usage numbers, however, Mansfield residents can find some relief by taking advantage of lower-cost energy plans due to Texas’s deregulated market. You can view our usage estimates to see how much you can expect to pay for electricity in Mansfield here.

Payless Power provides the best prepaid and standard electric plans with no cancellation fees and no deposit in the Mansfield, TX, area. Since 2005, Payless Power has been helping people get a better energy rate and save money on their average electric bill, regardless of income or credit history. As a family-owned electric provider founded in Texas, we take great pride in serving our customers with care and respect. 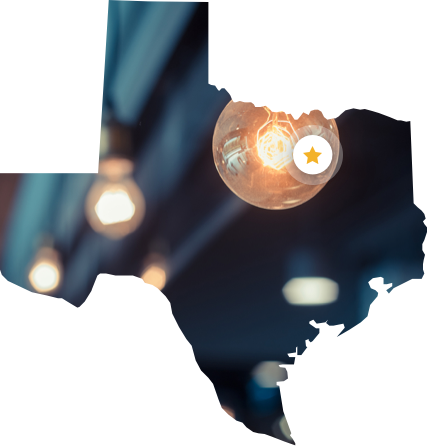 If you’re new to Mansfield, estimating your bill and choosing a power company and plan among all the options can be confusing. Knowing what to expect as far as usage goes helps you make an informed selection, saving you energy and money by choosing a plan to fit your needs. Reading your Texas Electricity Facts Label with your first bill also helps provide clarity on actual usage and costs.

With Payless Power’s instant approval (no credit checks) and same day connection, Mansfield customers can choose one of our 12-month or month-to-month prepaid plans. Daily usage and account balance alerts put the power back in customers’ hands to lower their electricity usage or simply add to their balance on the spot. As a result, customers can enjoy up to 20% savings with no unpleasant surprises at the end of the month. Enter your Mansfield zip code to find a cheap Payless Power electricity plan to suit your household.

*Based on Payless Power’s Premier 12 plan for Mansfield zip code 76063 in December 2021. Rates subject to change due to energy costs.

Mansfield Electricity Rate & Usage: What To Expect To Pay*

Amazing service and easy to set up