Dickinson was granted to named after John Dickison in 1824. Shortly after, the Galveston, Houston and Henderson Railroad was built directly through the city. The town grew by attracting farmers with sustainable soil and by creating the Dickinson Picnic Grounds for socialites. With Texas City and the Johnson Space Center Nearby, the town continued to flourish to its current population of almost 21,000. At thirty miles southeast of Houston by the Galveston Bay, Dickinson is situated in one of Texas’ deregulated electricity markets, enabling residents to select one of many Dickinson energy providers instead of only being able to given one based on their location.

There are many attractions that encourage tourists to stop at the half-way point between Houston and Galveston. Check out the Dickinson Historical Railroad Center which houses depots from 1896 and 1902. Unwind with a flight of local beer at Galveston Bay Beer Company. The kids will have a blast riding go karts, playing laser tag and collecting tickets in the arcade at Bay Area Raceway. For the residents and businesses of Dickison, receiving affordable and dependable energy is important for ensuring the pace of everyday life.

Dickinson residents are charged an average rate of 11.5 cents per kilowatt-hour for their energy consumption, which is half a cent less than the average rate paid nationwide. Though residents are able to spend less on electricity than the rest of the nation, they have the opportunity to save even more if they take advantage of the deregulated energy market and switch to the provider and plan that offers them the greatest benefits.

Payless Power provides the best prepaid and standard electric plans with no cancelation fees and no deposit in the Dickinson, TX area. Since 2005, Payless Power has been helping people get a better energy rate and save money on their average electric bill, regardless of income or credit history. As a family-owned electric provider and not a giant electric company in Dickinson, we take great pride in serving our customers with care and respect. 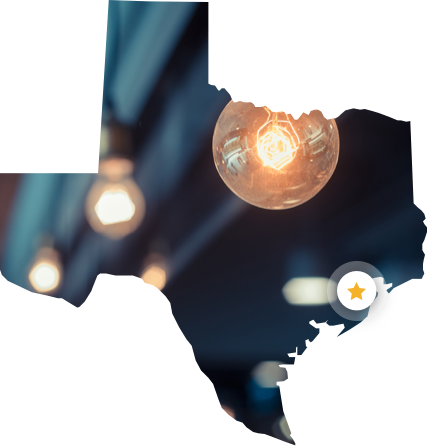 Extremely easy to use. Quick to have turned on, daily updates on power useage. When i had an issue with my login my email was responded to promptly and issue resolved all same day.

Customer service is outstanding and the ease of making a payment is remarkable. I have never been disappointed. Great company????

Christi A. in Dickinson

This has worked perfect and exactly how I hoped it would. So quick and easy.